In addition to his seven albums of original music, Marc performs classic songs from The Great American Songbook, as well as pop tunes. Marc performs regularly in many venues around greater Boston. In addition to being a solo performer, he also works as part of several duos, trios, and full bands. To book him for your wedding, cocktail party, conference, or other event please call or text Marc @ 781-820-8017.

Marc has composed, produced, and recorded seven albums of original music. His music includes beautifully crafted instrumentals as well as love songs, intimate ballads, and a few novelty tunes. Much of his original music is well suited for movie soundtracks or other commercial venues. His songs have been featured on New England Cable News, as well as commercial websites.

Marc is also an accomplished photographer and astrophotographer. His photos have been featured in several area newspapers and in gallery showings in the greater Boston area as well as on Cape Cod in Massachusetts. He is a member of The Swampscott Art Association.  Several of his photographs are regularly displayed and selling as part of an exhibits in the greater Boston area. See the Gigs Page for current exhibit details.

See and hear Marc live at one of his many gigs in the area. The “Upcoming Gigs and Gigs Photos” page will show where he is performing currently.  Also enjoy and purchase his original music CD’s here through this website, or on Amazon, iTunes, CD Baby, and many other music sites.  The pages on this website of “Astronomy Photos” and “Earth Photos” showcase many of Marc’s photographs and offer selected photographs for sale.

Marc has recently worked with Miami based Producer Mike Galvin ( who also produced Marc’s last CD The Key ) on his new CD, “One More Time” which contains 6 original songs and 7 jazz standards. The CD was recently released in 2020!

Note: His photographs of the The Great American Total Solar Eclipse of August 21, 2017 from Casper Mountain in Wyoming are featured on the “Astronomy Photos” page.  His Collage of photographs of that eclipse is available for purchase there and at Amazon.com.

All Music and Photographs are copyrighted. Use is prohibited without written permission. 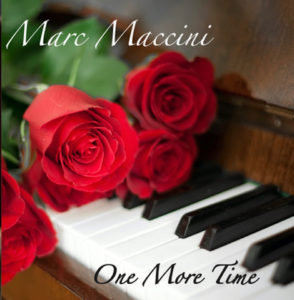